Although classified as a “northeast” city, São Luís is where the beginnings of the Amazon region can be seen. The climate is equatorial - humid, hot and very wet (rainy season is January through April). The land is more fertile and well-watered than the rest of the northeast. As you go northwest, the enormous beaches like Calhau, give way to numerous river estuaries, creeks and mangrove swamps. São Luís’ historic area is one of the most impressive complexes of colonial architecture in Brazil, characterized by the portuguese glazed tile façades of the delapitaded colonial buildings. Visit São Luís in June to catch the spectacular dance, costumes and music of the popular Bumba-meu-boi festival. 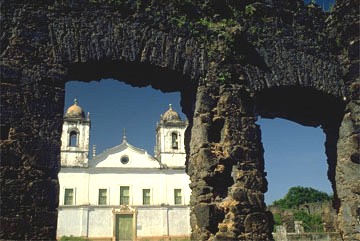