João Pessoa is the third oldest city in Brazil and is where you’ll find the eastern-most point in the Americas - the Seixas Point. João Pessoa was recognized by the UN as the second greenest city in the world, behind Paris! The city has beautiful beaches (including a nude beach at Tambaba), exquisite cuisine, and lots of peace and tranquility. The paraibana capital is one of the oldest in the Northeast of the Country. João Pessoa, throughout its 400 years, knew how to keep its historic treasures. At Barroco Park, one of the biggest in Brazil, the slopes and the old colonial mansions tell a bit about the journey of this delightful city, which marvels visitors with some of the most beautiful beaches of the Brazilian coastline. 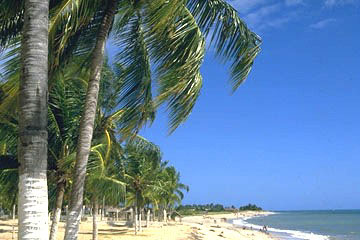